Addressing the Economic and Societal Impact of Menopause

Recently, both NBC News with Lester Holt and UK “Bloomberg QuickTake” reported that 900,000 women left the workforce in 2019 because of Menopause, leading to losses of $150 billion a year. These headlines show the economic impact of women’s health. This must be addressed now!

The YuFoundation.org believes this is a God-sent opportunity for the world to address not just the economic impact but how to deal with the health issues of aging women. We are close to the “Tipping Point—” where the inverted triangle of public awareness leads to empowerment with respect to women’s health can change the understanding of effective interventions – we must study all forms of hormones both synthetic and human identical molecules (not patentable) hormone replacements as the real answer while avoiding priorities set by hidden interest groups in all institutions especially the pharmaceutical industry.

Such news makes us all aware that women’s hormonal changes in life are a serious, long-term medical concern that affect both economic and social factors, decreasing the productivity female workers and undermining their quality of life in general. Raising the visibility of this issue through media, journalists, advocates, activists, and celebrities beyond the health science is key to changing minds and improving the lives of women and their families beyond the medical science- they will be the one to make this initiative stick! It is not as though menopause has never been addressed by female leaders.

Recently, Michelle Obama made a public statement of her own journey through menopause, previously Oprah Winfrey made a full documentary and interviewed women worldwide to make her point.

Outstanding journalist Barbara Seaman was the women’s advocate who exposed dangers of estrogen hormone replacement years ago in her work, entitled “The Greatest Experiment Ever Performed on Women: Exploding the Estrogen Myth.”

These made headlines in 2002 but insufficient to generate a movement, but this new wave concerning medically, socially and most of all economically, gives us another chance to create a public momentum to address and answer deeper questions and make it stick!

Female hormones traverse a spectrum of changes from childhood to the end of life. Menopause is the initial landmark of the “third hormonal stage” in aging women. Menopausal symptoms of “hot flashes”, mid-abdominal weight gain, skin wrinkles, mood fluctuations, decreased libido, and fragmented sleep problems are the “blip” of ongoing hormonal decline during aging, beginning around age 40 on.

It should be noted that all animals and humans, both female and male, have the same sex hormones in different proportions plus the other endocrines: adrenal, thyroid and pancreas glands etc., which come into play with the sex hormones.

These hormones all come from cholesterol molecule and are similar in structure. After we better understand and treat Menopause, we can address the male counterpart called Andropause which is less understood by the public.

Estradiol and All Estrogens Villainized Since the WHI Study in 2002

Beginning in 1993 and stopped in 2002, Women’s Health Initiative (WHI) Study included 161,000 women between ages 50 and 79 in the double-blinded, gold-standard study sponsored by Wyeth and Upjohn Pharmaceutical. The concept was straightforward: what is the impact of replacing female hormones on women’s health. Investigators selectively treated women with Premarin (CEE) horse equine hormone, synthetic Progesterone Provera, Medroxyprogesterone (MPA) exclusively and did not include the God made human identical hormones of estradiol and progesterone (not patentable). As Wyeth already controlled 80% of the market share on hormone replacement, a definitive study would be a major plus to the industry. Women in the study showed a surprisingly worse outcomes using these non-human hormone regimens, and the study was terminated early by at least three to five year. The highest complication was the development of blood clots in the blood vessels of over 100 percent.

After the widely publicized negative results was accepted by all, medical practitioners stopped using any hormones, including human-identical hormones, to treat menopausal women due to the negative outcome and publicity. Though the study HRT regimen was specific two hormones from horse and a synthetic progesterone , all hormone replacement programs were vilified with one broad stroke.

Most women think that after the “hot flashes” subside they have passed menopause, but in truth it’s just the beginning.

Menopause consists of a gradual passage with more changes to come such as osteoporosis, muscle/ligament decline, sarcopenia, visceral organ atrophy and dysfunction, libido loss and brain mood changes and most of all, the gradual decline of the brain memory and a possible tie to Alzheimer’s disease etc. These clinical changes are real, and the blood testing can confirm your “endocrine age” by the increasing levels of your pituitary FSH and LH as a woman continues to age. etc.

“Everybody will go through Menopause and Andropause- You either go through heaven on the bridge or hell underwater! Take your pick!”

The Women’s Liberation Movement and the Birth Control Pill in the 1960s and 70s paved the way for women to show their capabilities in the workforce and to compete and successfully earn a wide variety of positions in our workforce once dominated by men. These current headlines point out that these aging women are struggling with menopause and leaving the workforce with significant economic implications.

But the simple solution—just give them a monetary compensation and a leave of absence—is not enough! This world is beginning to see the impact of losing women; and many have the skill and the intelligence resulting in a higher financial compensation than many men.

The impact of menopause and the loss of skilled women in our workforce must become a focal point of change. It is an opportunity for us to open the discussion, research and resolution by addressing a more unbiased, complex, deeper and better strategy to care for aging females worldwide. This would be far beyond “a leave of absence and financial compensation”. We must address the real medical issues and long-term management to avoid the loss of $150 billion dollars per year in economic productivity.

The Tipping Point, a term used to show how trends come to being by society (Malcolm Gladwell) is building momentum and has a chance to accomplish a betterment for the common woman, and it is up to us as whole society to address it fully and not just superficially. We need to re-examine the treatment options putting aside any hidden agendas. The issue of menopause should bring us to understanding of the value of human-identical sex hormones, synthetic hormones, birth control pills BCP, causes leading to breast cancer as a result of imbalanced hormones, Alzheimer’s disease, and liberate women and those who love them from ignorance as we begin to understand the truth which has been known long ago.

The Measurement of Achievement

“It is not enough to be remembered for one's wealth, knowledge, and achievements. One does not make a difference unless it is the difference in people's lives."

- Joseph Schumpeter, Adolph Drucker The World According to Peter Drucker 1998

"More so, the mark of true achievement and truth is to change the life of the common man who will never know who you are" - George Yu, M.D. 2006

The metabolic approach to cancer embraces nutritional and molecular aspects to "Starve the cancer cells to death" without harm to the host being. Nutritional intervention means eating foods with calorie restriction, optimal nutrition ketosis (CRONK) high nutrition but with low calories (CR-caloric restriction). Molecular intervention means studying and using compounds, which will block the cancer cell metabolism and energy production.

This concept differs from a "nuclear genetic" or Somatic Mutational Theory approach which uses agents that destroy indiscriminately both cancer growth and the host being. We emphasize a unique feature in most cancers, which require abundant sugars and some specific amino acids molecules for its energy and growth. Depriving the source of energy leads to cancer cell death without hurting the rest of your body.

Massive public awareness of the concept and evidence supporting a metabolic approach to cancer both in research and treatment must become a reality. We want the individual, institutions and "crowd thinking" via social media to create the momentum to support this concept and future work.

We must unite the use of nutrition practices using CR and metabolic blocking compounds as one integrated practice to deplete energy production of cancer cells.

There are a growing number of scientists and medical doctors who are approaching cancer research and treatments from a metabolic model of cancer starvation and depriving cancer cells of "ATP energy production." I believe the "Tipping Point" (Malcolm Gladwell) is close at hand in a change in the paradigm from Somatic Mutation to a Metabolic theory of carcinomatosis.

Are you someone who has a loved one who has cancer who is failing traditional treatments?

Are you someone who asked your doctor what you can do yourself to help cure the cancer and the answer is NONE!

We are reaching out to you to share what we know and ask for your help to spread the news to others. 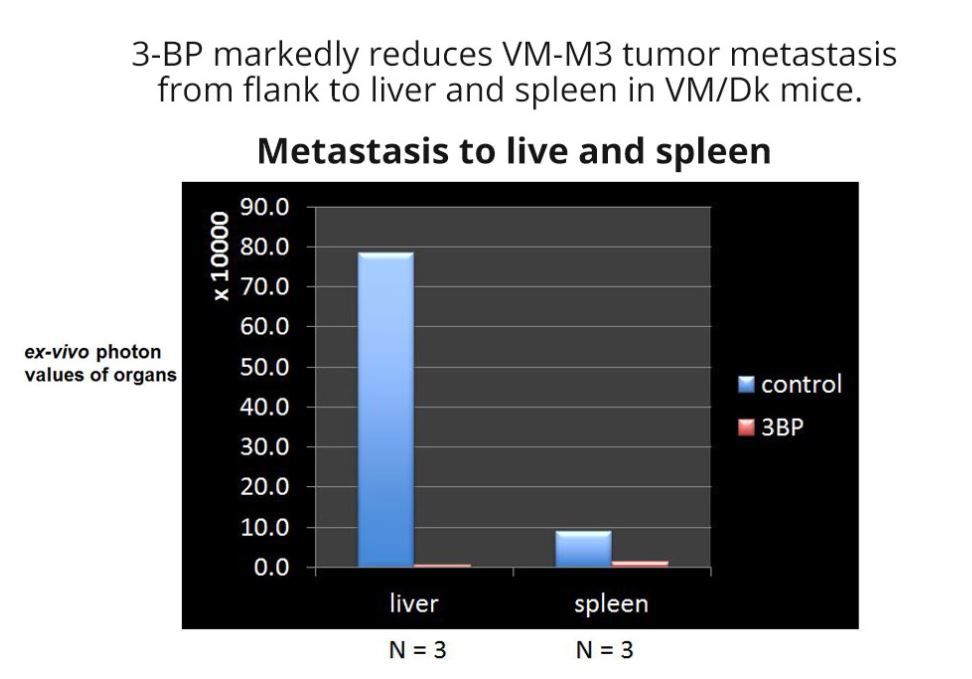